Finally a place to rest my head 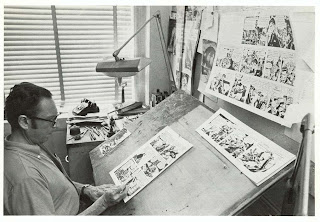 I just had a minor freakout walking past the claw machine at the grocery store. Inside was a mini pillow with Captain America on it featuring the art of...Frank Robbins!! Pretty much the only time Cap has ever looked badass was when FR was drawing him (outside of Kirby obviously). Weird too, cause Robbins is one of the more excoriated artists among mainstream comics nerds. Frank Robbins is the last dude I'd expect to see gracing any kind of Marvel merch. I woulda tried my luck, but we were there with our kid and there was a big stuffed Brobee right next to the Cap pillow. I mean, I love FR, but I got a fatherly reputation to protect. Sheesh. It does however me wonder what else they got in that claw machine: A plush Bill Everett Sub Mariner? a Carl Burgos Human Torch beer koozy?

BTW: I'm not the only nerd flipping over Frank Robbins in claw machines.

The actual pillow below. Would be a good choice of bedding next time you plan on spending a couple decaded in suspended animation. 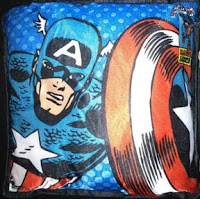 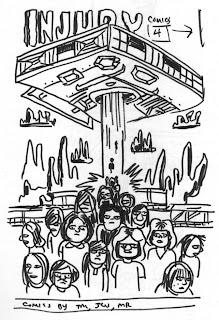 Special behind the scenes look at the making of. It took me forever to come up with a cover for this issue. Out of practice, I guess. I like to do covers that aren't directly related to the contents, but maybe that's a bad idea for sales. You could say that this one is tangentially related.
Posted by Ted May at 5:11 PM 1 comment: 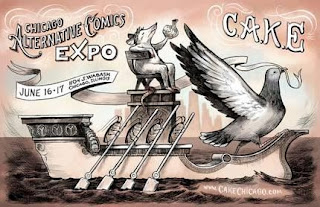 I'll be exhibiting at the Chicago Alternative Comics Expo (CAKE) on June 16 of this year. I'll be up there manning table with Mardou and Kevin H. Check out the exhibitor list - should be a great show.
Posted by Ted May at 3:02 PM No comments: 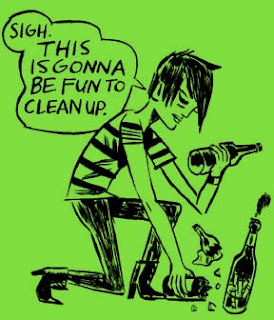 Hey! The Injury 4 Kickstarter is winding down! There are less than two days to go, so if you wanna get in on it, do so NOW. We sailed past the 100% mark, so I'm officially pleased, but if you want a copy of the book or any of the extra junk on offer, now's the time to ACT.

art above by Mike Reddy from Injury 4.
Posted by Ted May at 8:00 PM No comments: